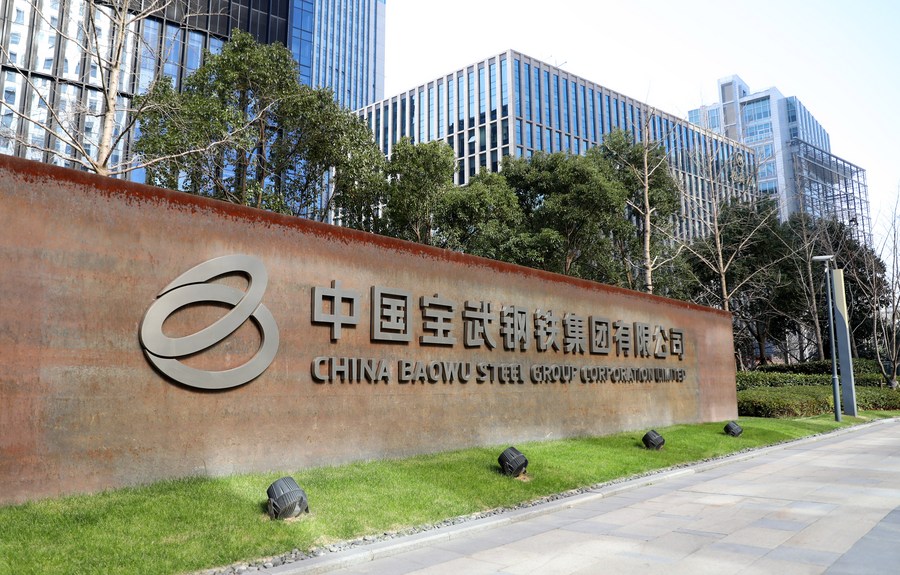 BEIJING, July 16 (Xinhua) -- China Baowu Steel Group surpassed the Luxembourg-based steelmaking giant ArcelorMittal to become the world's largest steelmaker by volume in 2020, the first Chinese enterprise that tops the list of global steel makers, according to a recent report by Nikkei Asia.

Seven of the world's top 10 producers are now based in China, with China's HBIS Group and Jiangsu Shagang Group ascending to third and fourth place, respectively, from fourth and sixth in 2019.

The report noted that these Chinese players took advantage of massive domestic demand and scale, which gave them an edge in terms of profitability. Thanks to China's early economic recovery, monthly crude steel output in China set records three times last year.

In addition, this was the first time ArcelorMittal lost the top spot since 2001, with its output plunging 19 percent due to COVID-19. Japan's Nippon Steel also fell from third to fifth place, according to the report.